Bulfinch's Greek and Roman Mythology: The Age of Fable

In this classic text, Bulfinch has educated generations of students in the myths and legends underpinning so much of the art and literature of Western civilization. This volume also includes sections on Norse mythology and oriental myths and legends.

Families with more than one 9th-12th grader may want to purchase additional copies of this book.

First published in 1855, Bulfinch's Mythology has introduced generations of readers to the great myths of Greece and Rome, as well as time-honored legends of Norse mythology, medieval and chivalric tales, Oriental fables, and more. Readers have long admired Bulfinch's versions for the skill with which he wove various versions of a tale into a coherent whole, the vigor of his storytelling, and his abundant cross-references to poetry and painting, demonstrating the relationship of literature and art.

Now The Age of Fable, the first section of the Mythology, is available in this inexpensive, highly readable edition. Drawing on the works of Homer, Ovid, Virgil, and other classical authors, as well as an immense trove of stories about the Norse gods and heroes, The Age of Fable offers lively retellings of the myths of the Greek and Roman gods: Venus and Adonis, Jupiter and Juno, Daphne and Apollo, and many others. Also here are the love story of Cupid and Psyche; the legend of Jason and the Golden Fleece; stories of the Trojan War and the epic journeys of Ulysses and Aeneas; tales of the heavenly abode of Valhalla and the deeds of Thor; and much more.

The myths and legends so vividly retold in this volume underlie much of the art, literature, and culture of Western civilization. As Bulfinch put it, "Without a knowledge of mythology, much of the elegant literature of our own language cannot be understood and appreciated . . . ." With this inexpensive edition of The Age of Fable, readers can immerse themselves in these seminal myths, increasing their appreciation and understanding of Western culture, while enjoying the myths purely as the great stories they are.

Families with more than one 9th-12th grader may want to purchase additional copies of this book. 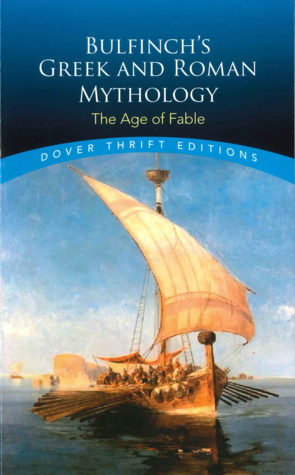 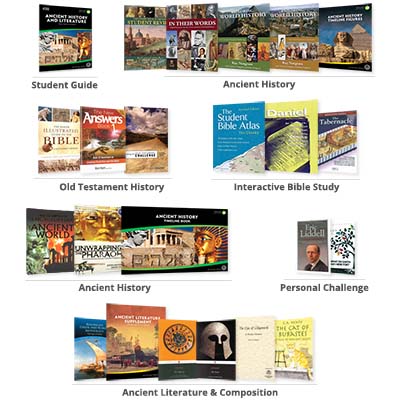 Ancient History and Literature is a one-year curriculum for high school that integrates history, English, and Bible (3 full-year credits).

Throughout the year, our pre-planned lessons guide the student through the entire Old Testament, while applying its truths to their lives with insightful questions and discussions.

My Father's World believes Ancient History and Literature is critical to a biblical scope and sequence, integrating Old Testament readings with the study of ancient cultures and literature.